Since the summer the vacant plot next door to where I live has been a building site. We knew that it would probably become one at some point when we moved in, having noticed the vacant premium corner plot next door and having observed on Google Maps that up until recently it used to have a house on it, since demolished.

So sure enough, one random morning in August some men turned up with some noisy machines and started clearing the previously overgrown plot, in readiness for the construction of two new 5 bedroom houses on it. The six day per week early morning noise of this project is what I’ve been moaning about so much on Twitter recently. We couldn’t imagine how they would get two 5 bedroom houses on the plot but it turns out they both have three storeys, allowing smaller footprints.

My side bedroom window looks out upon this building site, which is chiefly why I have suffered so much with the noise. Angle grinders outside your window at 7.45am aren’t funny. Still, regardless of this, I was able to slowly observe the construction and I took a number of photos of key points of progress. Even though the houses aren’t complete, I cannot take any more than I already have because my vantage point is now completely blocked by the brick wall of the side of one of the houses. 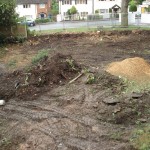 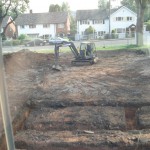 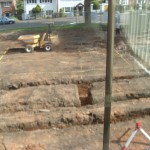 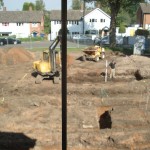 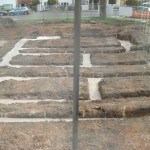 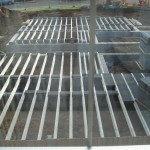 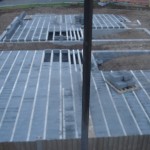 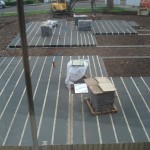 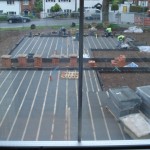 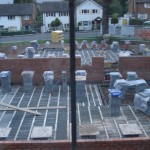 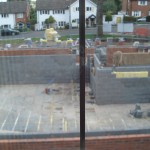 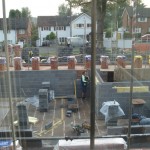 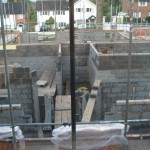 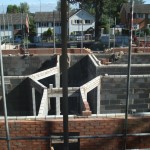 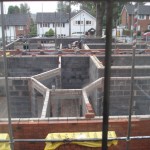 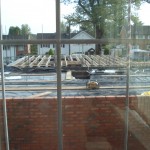 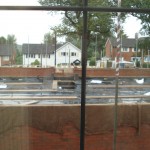 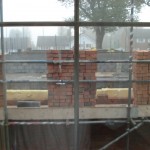 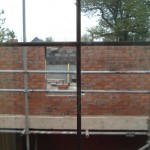 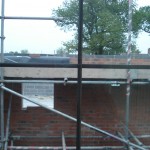 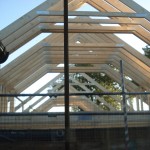 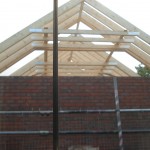 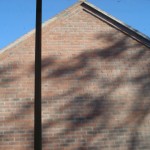 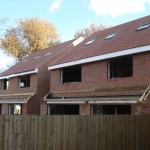 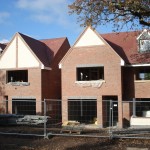 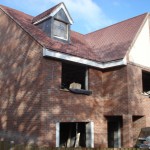