It’s really not come quickly enough, but it’s finally here. As from 6.00am tomorrow morning smoking will be banned in enclosed public places and workplaces in England, following the successful examples already set in Scotland, Wales and a number of other EU countries. I have four words: Thank fuck for that.

No longer will have I have to put up with that revolting smell on my clothes or have smoke blown in my face or endure burns on my arms and shoulders from careless cunts waving their fucking burning cancer sticks around. The irony of this is that I’m going out tonight, on the last night when smoking in a nightclub will be legal, and I’ll bet that people will be smoking more than usual in order to mark the occasion. Still, I’ll be happy in the knowledge that it’ll be the last ever time I have to put up with it.

The jury’s still out on whether or not the smoking ban in other parts of the UK has contributed to an increase in the number of people kicking the habit, but frankly I don’t give a fuck about that, all I care about is that they don’t smoke around me. It’s up to them whether or not they give up, they know the risks, they’re not state secrets. Nobody needs to smoke.

It’s a revolting habit and the only reason why it’s not banned outright is purely because the government would to have to make up the duty revenue lost elsewhere, so smokers can continue to pay their cancer tax as far as I’m concerned, so long as I don’t have to deal with their fucking selfishness in public. Indeed, the only area in which the new law falls short is pavements; it’s still legal to smoke on the pavement, and there’s nothing worse than following a smoker along the pavement who’s blowing smoke over their shoulder.

What I did find amusing, however, was the story that I heard the other day about how designated outdoor “smoking shelters” are now illegal, since they are technically enclosed public spaces and therefore it’s illegal to smoke in them. Where they exist they’re mostly being dismantled, thus forcing the smokers that previously used them to smoke exposed to the elements.

One of the better decisions taken by New Labour and finally implemented under Brown’s New New Labour. More like that please.

So, in 48 hours we’ll have a new Prime Minister and Leader of the House of Commons in the respective forms of Gordon “Pension Robber” Brown and Harriet “the Harlot” Harman. The media have, for the past number of weeks, been speculating on how the country will improve with Blair gone and Brown finally moving next door. I’ve got news for you. It won’t.

Quite surprisingly, Brown has already suggested that he might call an early general election, as early as spring 2008. This is a full two years before a general election must be called. I’m sure that Brown has some sneaky, sinister, self-serving reasons why he might do this, because let’s face it, there are no selfless acts with New Labour and especially not Gordon Brown, but for the moment I’m willing to judge it on face value.

The coronation of Gordon Brown as Prime Minister is a dramatically undemocratic event. I know I’ve ranted about this before, but I might remind readers that this government lost the popular vote in the 2005 election and Gordon Brown was uncontested in the leadership bid. Even John Major, when he succeeded Margaret Thatcher, had to compete in and win a leadership competition within his own party, even if he was not voted into the premiership by the electorate.

It’s not right. From Wednesday Britain will be more of a dictatorship than any of the countries which it’s involved itself with under the pretence of installing democracy over the past decade. It’s a spectacle and I very much hope that everyone will see the Emperor’s New Clothes for what they actually are. 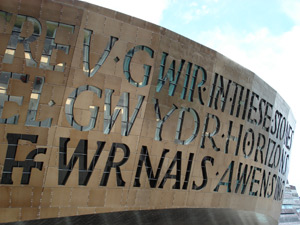 I spent the weekend just gone with my longstanding university friend Kathryn in Cardiff, which was absolutely excellent. I’ve not been to Cardiff properly for about ten years, since the night that Princess Diana died in fact, despite my frequent visits to Wales and indeed periods of actually living in Wales since.

We spent Friday night at Katy and Pam’s (Katy being another friend from university) playing ridiculous board games and drinking more wine than was strictly necessary. Saturday was then spent mooching around Cardiff including lunch in a delightful pasta place in one of the “arcades”. A nap in the early evening preceded a night out on the tiles in Charles Street, which is broadly equivalent to Manchester’s Canal Street. We danced the night away, mostly in Exit and Icon bars, before crashing out just before the sun came up. 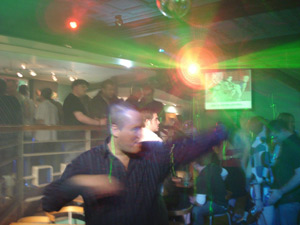 Sunday was spent catching up with more old university friends in the area and having lunch with Kathryn’s parents (which is always a jolly good nosh-up) before spending the afternoon in the Cardiff Bay area, which I’d not visited since I studied its formative stages during my A-Level geography course. We were treated to a VIP tour of the Welsh Assembly building, which is an amazing work of architecture; I’d not seen it before. All the wood used in the construction of the senate building is from British Columbia, which I found quite interesting since both Wales and British Columbia are places close to my heart and yet not obviously related.

I’ll be going back to Cardiff later in the summer for Kathryn’s 30th birthday party where I expect to see a great many old friends from my days in Aberystwyth, including Craig and Edward and their respective partners. I always feel comfortable and looked after in Wales. It’s like a comfort blanket. I really don’t know why I don’t go there more often; it’s been over four years since I’ve even been back to Aber. I definitely think that I have a dominant Welsh gene since I’m as Scottish as I am Welsh but I don’t feel any attachment to Scotland at all.

One day I’ll buy my old house on the seafront in Aberystwyth and use it as a bolt hole. I’ll go there and fall asleep to the sound of the sea and feel totally safe. I totally miss that and I never appreciated it as much as I should have when I lived there.

I have more photos from the weekend.