I’ve not done one of these for some time, mainly because I’ve had nothing that I would particularly want to write home about over the past few years, but not only has 2011 been a little different but I’ve also written “blog more” on my list of New Year’s resolutions, the rest of which I won’t reveal for fear of jinxing them. So here goes:

For me it’s been a relatively good year, which is a welcome change. Every year since 2006 when my business failed up to and including 2010 was unpleasant and negatively stressful in some way. I say “negatively stressful” because there is such thing as “positive stress”, which is what I have been thriving on this year. Those previous years brought nothing but stressful losses, whether financial, of personal relationships, of employment and even my home. I can’t say that I’ve regained all of those things because that would be far from the truth, but I do believe to be on my way in a sustainable and realistic manner.

I started 2011 unsure about my current job and I was tempted by a very extraordinary opportunity that came across my path. I wasn’t offered the position in the end, I fell at the last hurdle during the recruitment process. I’m glad that happened now because my position at Glide developed and improved dramatically throughout the rest of the year and I am very settled there now. I see myself staying with the company and being involved in its development and future diversification for some time. Although I have been in higher paying positions in the past I can quite honestly say that it is the most rewarding job I have ever had and I really wouldn’t swap either it or the people I work with for anything less than something that I’d simply be an idiot to pass up.

With greater happiness in my job came greater acceptance and belief that my move from Manchester to Birmingham was a positive step, because for a while I quite honestly wasn’t sure, and this lead me to be able to move in to a place of my own in the middle of the city in November, which has made me immensely happy. Living on my own, on my own terms, in the middle of another fantastic city and with everything in walking distance again is a dream come true and I cherish it every day, whereas when I was living in Manchester I took it for granted. I’d like to thank all those who were so instrumental in helping make it happen for me.

As I mentioned before I’ve a list of New Year’s resolutions and I’m so determined to stick to them that I have designed a spreadsheet that measures my success with each on a month by month basis. By that you can obviously infer that “be less anally retentive” isn’t one of them. However, also as mentioned before I’m not sharing them.

I’ve high hopes for my job and my team as the company I work for grows. We’re moving offices at the start of March to the Alpha Tower from our current base in the Jewellery Quarter, which should make things a little easier although I’ll actually have a smaller desk and my team will lose the separate room that we greatly enjoy at the moment. My team will expand (probably two-fold) and the company’s diversification plans are thoroughly exciting. A pay rise would be nice but Rome wasn’t built in a day.

I want to continue to improve and expand my skill set and experience as you might expect. As mentioned before I’ve learnt more in my current position than in any other position so I don’t expect that curve will get any shallower any time soon, nor would I want it to. I want to get into mobile applications if possible as it would be nice to have something that just earns money for me while I sleep, but as with most software development you typically (but not always) need a problem before you can come up with a solution.

There are some demons still haunting me from the collapse of my business that I want to put to rest this year, finally, I think if I carry those over to 2013 I really will be doing something wrong.

The rest is all personal, really. Yes, I’d quite like to meet another fella, before you ask, but this isn’t high on my list of priorities, mainly because I’m old and ugly enough to realise that such things will happen to you when you least expect and whether you like it or not, so to seek them out would be a futile waste of precious time. That said, I’ve not been as “eligible” as I am now for some time now, so who knows.

I wish everyone who’s bothered to read this far a fabulous 2012. Let’s hope it doesn’t all end horribly on 12th December, eh?

This section is a footnote really in the absence of a full review of news events this year. I would note that I actually read and/or watch the news every day with a keen interest and during my early days of blogging I would blog almost every day with my comment on whatever was going on, however, more recently Facebook and subsequently Twitter have provided more effective means of comment, meaning that rare is now the occasion where I will create a full blog about current affairs. 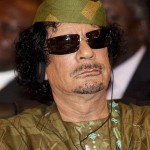 Col. Gadaffi, the Libyan despot who ruled for 42 years since taking power in a military coup. An unpleasant relic from the 20th Century, no doubt, but I think many people will secretly miss the entertainment that he used to provide to the rest of the world. Modern world leaders may well be safe, responsible (Gordon Brown notwithstanding) and largely democratically elected but I can’t think of a single one who I would describe as “a character”, nor will any of them be remembered much beyond their tenures, not that I’m suggesting infamy to be something to aspire to. The circumstances surrounding Gadaffi’s death, however, raises worrying questions about Libya’s brave new future. 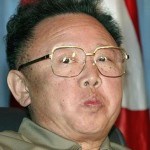 Kim Jong-Il, the “Dear Leader” of the bizarre world that is the North Korea, itself also a haunting relic of the 20th Century that the world could well do without. Kim’s death was not unexpected, and although he was an abysmal failure as a leader, despite what North Korea state media insist, his passing on is not necessarily a good thing. The pampered idiot he’s left in charge is just that and nobody in the rest of the world wants a nasty coup in a rogue, pariah state armed to the teeth with nuclear weapons and the world’s fifth largest army. Orwellian societies were never designed to leave the printed page. 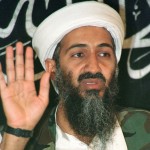 Bins taken out on Bank Holiday

Osama Bin Laden, the criminal mastermind behind the September 11th terrorist attacks on the United States, who was tracked down to a compound in the middle of an affluent area of Pakistan near to a military academy, which embarrassed the Pakistani authorities immensely and has since strained relations between the two countries. This news was not entirely surprising what with the tenth anniversary of September 11th and Obama’s pledge to remove US troops from Iraq looming large. His elimination was a necessary pre-requisite of being able to say the job was done. May America’s wounds now heal properly. 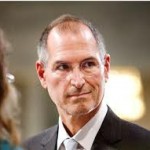 Steve Jobs, the visionary creator of Apple, now the world’s most successful company. I’ve been an Apple user for coming up to 6 years now and I have never looked back. Jobs initially tempted me away with the iPod and Intel-based Macs, and has continued to deliver ever since. The world needs more people like Steve Jobs. He has no clear heirs-apparent in the computer industry. There are contenders, without a doubt, but only time will tell if they end up making the sort of difference that he did.

The BBC have a slideshow on more notable deaths in 2011.