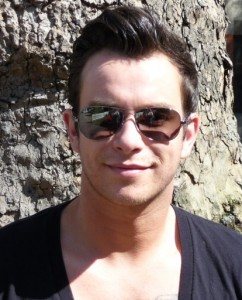 I woke up this morning to the terrible news that Stephen Gately has died in his apartment in Majorca, of causes unknown at this stage, although police say there are no suspicious circumstances. Stephen was 33 years old, exactly the same age as me, so to imagine what might have possibly killed him boggles the mind.

I can’t say that I was ever a fan of Boyzone, I’ve never been into boy bands, but I always did have a huge amount of respect for Stephen Gately himself. He came out in 1999 in the The Sun newspaper stating “I’m gay and I’m in love,”. This was a tremendously brave act and established him as a supremely positive role model for young gay people. Many gay stars remain “in the closet” for fear of their sexuality damaging their careers, but Stephen refused to accept that as a risk. Indeed, Louis Walsh, the manager of Boyzone, was unaware of Gately’s sexuality when he selected him for the band and has said that, had he known, he would have thought twice before picking him, citing that “it wasn’t cool then to have a gay guy in a band”.

The postmortem is expected on Tuesday.

Update 17/10/2009: The postmortem returned a verdict of death by natural causes (fluid on the lungs). However, the vile Jan Moir of the Daily Mail disagrees, which has provoked extraordinary outrage. The funeral took place today.

Up until recently I used to run a small Internet service provider specialising in domain name registration, e-mail services and web hosting. I’ve now closed this company down for various reasons, but one of the left-over issues I have from it is that I have a random collection of domain names that belonged either to me or the company’s customers that are no longer required, either by me or the customer concerned.

They are all .uk domain names and are listed below. If you are the original registrant of any of them and you would like to retain it, or you are otherwise interested in acquiring one or more of them, please contact me.